What Is Effective Altruism? 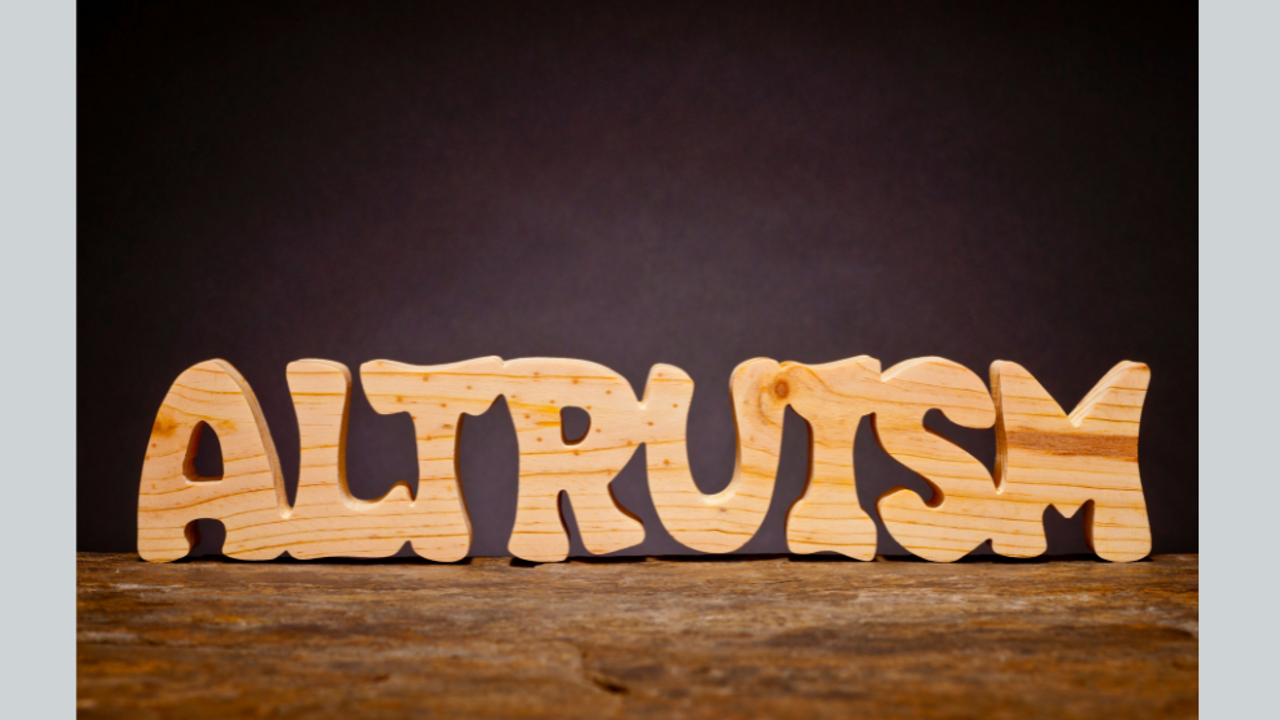 What is Effective Altruism?

When a doctor recommends a course of treatment or prescribes a medication to a patient, they rely on data and evidence to support those clinical decisions.  They use that information to ensure the patient receives the most appropriate and effective treatment for their specific condition. Unfortunately, in the non-profit sector, charitable organizations can prescribe solutions that have not been tested, are ineffective, or are even harmful.

The most notorious example of ineffective charity is PlayPumps International, an organization that funded and installed roundabout water pumps in African communities. The idea was this: children would play on a merry-go-round, and by doing so clean water would be pumped to a storage tank for on-demand use. The charity received millions of dollars in grant money from the US government as well as sponsorships from famous celebrities.

However, after many PlayPumps had already been installed, a UNICEF report came out detailing all the negatives to the highly praised water pumps. Since the pumps required 4 hours of continuous turning to fill the storage tank, adults had to take over when the children were no longer available to play, and in some villages children were being paid to continually turn the pumps. Playing children would experience dizziness and vomiting, as well as suffer injuries. Worst of all, communities were not adequately consulted about whether they wanted a PlayPump or not. The majority of communities said they preferred the less expensive, previously installed hand pumps.

What sounded like a revolutionary new solution to the water crisis issue, ended up causing more harm than good. The story of PlayPumps is a prime example of why good intentions are not enough.

Effective Altruism (EA) was developed to tackle ineffective or harmful attempts to do good by using evidence and reason. EA avoids giving based on emotion and feeling and relies on a calculated and data-driven approach to finding the most effective ways to do good.

According to EA, the causes we focus on should be great in scale (affecting many lives), highly neglected (few other people are working to address the problem), and highly tractable (additional resources will do a great deal to address it). Work on these types of causes has the potential to save many lives and/or reduce suffering to a great degree.

For example, cancer is often a cause area that EA and effective altruists are not focused on. This is not because cancer is not a big issue, but rather because of the amount of attention and funding cancer research and treatment already receives. Compare this to an issue like malaria which is highly neglected by wealthier countries and for which effective and inexpensive treatments already exist.

According to GiveWell, an independent charity evaluator, for $7 an antimalarial drug can be administered to a child in order to prevent illness and death from malaria. The impact from donating $7 to cancer treatment would be unnoticable.

In addition to global health issues, EA also has a core focus on extreme poverty, existential catastrophes and animal welfare.

Extreme poverty is defined as living on less than $1.90 a day, which makes up 10% of the global population. In William MacAskill’s book, Doing Good Better, he points out that if you make $58,000+ a year then you are in the top 1% of earners globally, even after accounting for global cost differences. EA encourages people in the 1% to give what they can due to their unique position in the world.

An existential catastrophe is an event that causes the destruction of humanity’s long-term potential. Some existential risks that the EA community is currently concerned about include: nuclear war, bioweapons, artificial intelligence, and natural risks like supervolcanoes and asteroid impacts.

Due to the trillions of animals that are used for food every year, EA also prioritizes animal welfare by supporting efforts to mitigate the amount of suffering factory-farmed animals experience. Efforts are supported to mitigate wild-animal suffering as well.

Not only is it important to focus attention and resources on the most important causes, but it is also important to ensure that the money being donated towards these causes is going to the most effective charities.

To assess which charities are the best, EA and charity evaluators like GiveWell, review randomized controlled trials to find the ones that are using the most cost effective interventions. The Against Malaria Foundation, a top charity on GiveWell’s website, has had its intervention, bed nets to prevent mosquito bites, examined in multiple research papers. One study found a 17% risk reduction in all-cause mortality for children under 5 compared to no nets. The nets they donate also only cost about $5, making the intervention a very cost effective solution.

In addition to encouraging people to donate to highly effective charities, EA also emphasizes the good that can be done from choosing to pursue a high impact career. 80,000 hours is an organization, also part of the Centre for Effective Altruism, that is designed to assist people interested in using their career for good. The organization creates guides, podcasts, as well as a job board, all with the intention of assisting people in finding highly impactful work.

A recent New Yorker article describes the movement’s development. “Effective altruism, which used to be a loose, Internet-enabled affiliation of the like-minded, is now a broadly influential faction, especially in Silicon Valley, and controls philanthropic resources on the order of thirty billion dollars.”

While EA focuses on the many terrible issues that exist in the world, it also recognizes the value in appreciating how far humanity has come. Child mortality rates are decreasing, people are coming out of extreme poverty, slavery has been criminalized, the oppression of women and the LGBTQ+ community has been decreasing, and the stockpile of nuclear war heads has decreased significantly since the end of the Cold War.

Contrary to what news stories and the media may make you feel, overall, things are on the up and up for humanity. However, if there are methods to save and improve lives at a faster rate, it certainly makes sense that we should use them.  And if there are solutions to safeguard the future of humanity, then we should find them.