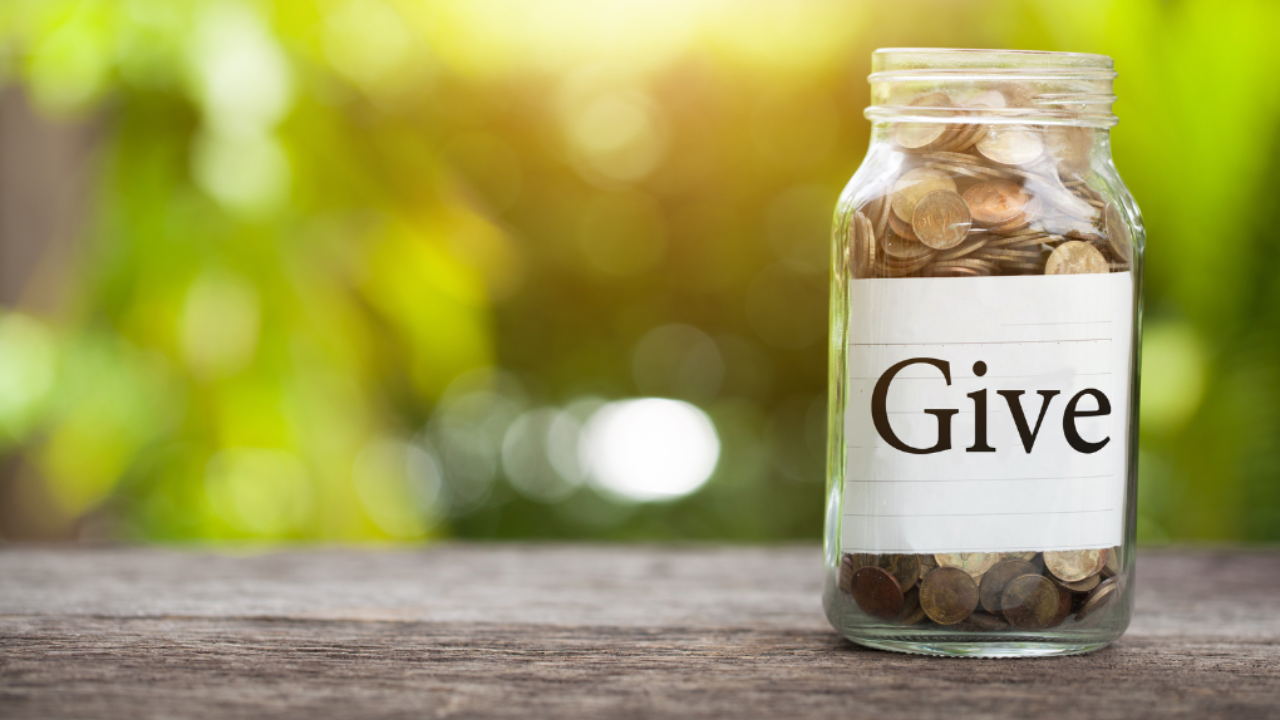 While some philanthropists and social entrepreneurs are creating new, innovative ways to solve global problems, others are adopting a surprisingly simple approach: giving people money.

Though it may seem counterintuitive, cash transfer programs have proven to be one of the most impactful and cost-effective ways to address global poverty and improve outcomes in development, education, and empowerment, among other areas.

The logic behind direct giving

The basis of direct giving stems from both observed reality and theoretical logic.

As The Life You Can Save notes, charities often provide interventions that may not be exactly what each recipient needs. A “one-size-fits-all” approach to charity also seems to “treat recipients as passive beneficiaries rather than knowledgeable and empowered shapers of their own lives.” Further, the complex structures of charities—with programs often running through multiple intermediaries—can obfuscate how resources are distributed and make it difficult to track impact. Cash transfers empower individuals to acquire what they need, and the simple transaction involved makes it easier to determine cause-and-effect.

From a theoretical perspective, economists have long held that giving cash is more effective than giving “in kind” goods like housing or food. Economists assert that cash is the most flexible way to enable people to meet their individual needs (or, in economist-speak, to “maximize individual utility”).

Despite both theory and reality pointing toward the superiority of cash over in-kind giving, until very recently “few if any foreign aid agencies or global development charities were giving cash.”

The reason for this is likely a distrust about what people might do with cash. We seem to automatically assume that recipients will waste their money on unproductive or unsavory items like alcohol or drugs.

However, as will be detailed below, substantial evidence shows that this is not the case: cash transfers are consistently used for productive ends like investment, health, or education, and spending on alcohol or drugs is not a factor.

Though the concept of giving money directly to people may sound simple, there are different ways to go about it.

There are three primary types of cash transfer programs:

GiveWell, a leading evidence-based charity evaluator, conducted a comprehensive analysis on these three types. This analysis was based on evidence from randomized control trials (RCTs), a type of study considered to be the most effective at determining cause-and-effect with interventions.

The first aspect GiveWell studied was how participants in the three types of programs spend their money. They found that cash transfers produce “meaningful impacts on food consumption (~20% increase over baseline/control group spending on food).” Notably, this did not include harmful food items: relevant RCTs indicate that “spending on alcohol or tobacco do not find large increases due to cash transfers.”

Increased investment of cash was also prevalent, though more dependent on the type of cash transfer; GiveWell concluded that “larger, short term transfers are more likely to be invested than smaller outgoing transfers.”

Evidently, cash transfer programs have demonstrated outstanding potential for impact. Based on their research, GiveWell concluded that “cash transfers have the strongest track record [of impact and cost-effectiveness] we’ve seen for a non-health intervention, and are a priority program of ours.”

Likely the most important and well-known cash transfer organization is GiveDirectly.

GiveDirectly was founded in 2008 as a giving circle of four economics graduate students from Harvard and MIT. Rather than donate to established charities, the students decided to give $1,000 in unconditional cash to families in Kenya.

This small-scale experiment showed promise, so GiveDirectly started publicly fundraising in 2011, and by 2013, they had $5.4 million in revenue.

In 2013, Johannes Haushofer and Jeremy Shapiro conducted an RCT of GiveDirectly’s efforts. The results were resoundingly positive: “We find that treatment households increased both consumption and savings. They increased food expenditures close to proportionally to overall non-durable expenditure, and health and education expenditures more than proportionally. Alcohol and tobacco expenditures did not increase. We find no evidence for an increase in tension within households, no significant spillover effects on non-recipient households, and no general equilibrium effects at the village level, with the single exception that we observe an increase in female empowerment at the village level.”

Haushofer and Shapiro concluded that, “Together, these results suggest that unconditional cash transfers have significant impacts on consumption and psychological well-being.”

GiveDirectly has grown exponentially since then. In 2021 alone, they delivered $165 million to over 534,000 households in eight countries. They are on track to become one of the world’s leading global poverty charities and recently hired Rory Stewart, former UK Prime Minister runner-up, as their new CEO.

GiveDirectly’s flagship intervention is their “Large Transfer Program,” which delivers one-time, unconditional cash transfers of $1,000 USD—about one-year’s expenditure in poor countries—to households living in extreme poverty. As of July 2022, this program has delivered $192 million to over 300,000 households across Africa.

GiveDirectly has also expanded their programming in recent years. They are innovating new ways to help refugees and disaster victims, including survivors of Hurricanes Ian and Fiona in the United States, and are conducting the world’s largest and longest term study to date on Universal Basic Income. GiveDirectly also launched a beta for an even more direct giving program, where donors can send cash directly to people who need money for a specific purpose (starting a business, purchasing land, etc.).

GiveDirectly was one of GiveWell’s top-rated charities from 2012-2022. GiveDirectly was determined to have “a track record of effectively delivering cash to low-income households,” delivering a high percentage of funds to recipients and demonstrating “standout transparency.” (GiveDirectly themselves reports that $0.90 per donated dollar is donated to recipients, with 92% of initial transfers arriving on time and 99% of recipients receiving a follow-up consultation.)

In 2022, GiveDirectly was dropped as one of GiveWell’s top charities. However, GiveWell maintained that “This does not reflect an update to our view of GiveDirectly. The change was motivated by our desire to clarify our recommendations to donors, not by any shift in our thinking about GiveDirectly’s program…GiveDirectly is one of the strongest programs that we’ve found in years of research and we continue to have a very high view of their work.”

And in general, GiveWell still holds that “Cash transfer programs offer an evidence-backed opportunity to improve people’s lives very directly. Cash transfers have the ability to absorb large amounts of funding, so we’re unlikely to fund anything less cost-effective in the foreseeable future. We are continuing to investigate cash transfers and GiveDirectly’s work, with a particular focus on the potential spillover effects of their program.”

While GiveDirectly is no longer a GiveWell top charity, New Incentives, a conditional cash transfer organization, is currently on the list.

New Incentives provides CCTs to promote childhood vaccination in Nigeria. They report that Nigeria is home to just 3% of the world’s population, yet it accounts for 13% of the world’s mortality of children under five, largely due to low immunization rates.

New Incentives disburses cash in small quantities for each vaccine a child receives. If the child receives all of the recommended vaccines, the family will have earned $11 USD in total. This may seem like a paltry amount, yet evidence shows that “offering a monetarily small, yet significant, incentive—which covers the cost of transportation to a clinic plus food—has been proven through a randomized evaluation to provide enough of a ‘nudge’ to double the percentage of infants who get fully vaccinated, with life-saving benefits.”

The RCT mentioned in the above quote was conducted in 2020 and funded by GiveWell. The study found that New Incentives “had a substantial positive impact on vaccination coverage.” Overall, the likelihood of being fully immunized was 27 percentage points higher among children in the treatment areas.

GiveWell estimates that it costs around $160 to fully vaccinate a child, and that New Incentives has an average cost-effectiveness of $5,000 per life saved. Beyond the reduction in child mortality, GiveWell also notes other possible benefits of improved early-life development outcomes in vaccinated children and improved community well-being through increased consumption using the cash transfer itself.

So, while UCTs have been rising in popularity, New Incentives shows that CCTs can potentially be even more effective when employed in the right scenario.

What you can do

Cash transfers have proven that the most simple solutions can be the most effective at addressing pressing problems. Rather than running complex aid programs or giving expensive in-kind goods, sending straight cash is likely the most efficient way to address global poverty and improve other life outcomes.

If you would like to support direct giving, the two programs discussed are the best places to start. GiveDirectly and New Incentives are widely viewed as some of the most cost-effective interventions in the world and are leaders in the cash transfer space.

Mega-charities like UNICEF and the International Rescue Committee have also embraced cash transfers, and can be strong donation options due to their wide reach.

As NPR reported, community organizations are also experimenting with cash transfers. Thrive East of the River in Washington D.C. and Identity, Inc. in Maryland are two smaller groups that have engaged in direct giving. Consider researching if any of your local charities are directly giving, and if not, perhaps providing them with information to start doing so.

Finally, you can support general research on cash transfer programs: GiveWell or Innovations for Poverty Action are the best options in this regard.